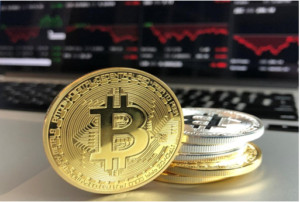 How is Bitcoin Impacting the Global Economy?

The above graph explains the impressive growth in bitcoin value

Although bitcoin is a renowned cryptocurrency, it is still evolving. Although many predictions state that its value will rise tremendously in the coming years, there’s no accurate answer as to how it will impact the global economy in the long run. Why?

Bitcoin is a decentralised currency. It is not regulating by any single entity or government. Hence, transactions in bitcoin are simpler as compared to traditional electronic transfers. Financial enthusiasts buy as well as trade in bitcoins. Bitcoin is a highly volatile currency and you need experience to be able to trade in it. Its decentralised and unpredictable nature makes people and financial experts sceptical about the future of bitcoins. However, no one can deny that bitcoin has greatly impacted the financial global economy.

Let’s take an in-depth look of the impact of bitcoin on the world.

Individual Transactions Could Get Quicker

In all nations across the world, the primary means to conduct monetary transactions are facilitate and even track by the central banks. Since bitcoins are not regulated by any government-backed central banks or any other authority, individuals now have the option of bypassing government regulations to a certain extent.

The government regulates the extent of the flow of money in markets through means of banks and other tools at its disposal. Bank transactions are typically time consuming. The verification and processing of these transactions is take time; at times more than two days. Additionally, one has to pay hefty bank charges for the transaction. Although you buy and sell bitcoins through exchanges, the process is quick. While some exchanges charge a minimal fee, others don’t charge you anything. The ability of bitcoin transactions being quicker and having a lesser charge, translate into a great impact on the global economies.

The central banks can’t control the number of bitcoins that circulate in the market and this curbs the government’s influence. The rise of bitcoins would mean a decreasing role of the governments and their sponsored banks in people’s day-to-day lives. Bitcoins expose the loopholes in the banking system as they now can’t effectively track people and their economic activities. Using the decentralised peer-to-peer network while maintaining perfect anonymity, the banks lack access to personal information which they used to keep an eye on their citizens.

The people that trade and conduct their businesses through bitcoins are largely unaffect by a large set of policy framework and apparatus that the government uses to manipulate the economy, and by extension, the lives of the people underneath the respective governments. Again, the impact of bitcoin on the world would be a positive one if it manages to push the central banks to make transactions relatively less complex.

This is the only area where the power of anonymity could be potentially lethal. The dark web, inaccessible through general search engines is currently used for several illegal activities. Since bitcoin can be traded in by anyone from anywhere, it makes the illegal transaction a very real possibility. Silk Road, an online blackmarket facilitated trade through bitcoin transactions. For example, the US Justice Department has claimed it recovered bitcoin’s valued at $48 million from Silkroad. Such illegal transaction may see a rise in the future.   As we can see, unfortunately, there are also certain negative impacts of bitcoin on the world as well,

Blockchain Could Change Our Lives

Bitcoin is based on blockchain technology. What is blockchain? Blockchain is a digital, self-updating ledger that allows users to track transactions made in bitcoin in a chronological manner. This ledger of is safeguard, both, on a personal level and on a public level. Every transaction owner gets a private key along with a public key that safeguards the transaction history. Hence, no one can forge or mess with the ledger. Blockchains provide the much-needed security that people need to make sure that their transactions are registered permanently and not being tamper.

The beauty of this revolutionary technology is that it provides seamless security to the two parties making a transaction. Additionally, there is no third party validation required to be sure that a particular transaction has been registered, ensuring complete privacy in transactions, as no other bodies need to be aware of the transaction. Since bitcoin is based on this, the system is bound to appeal to people willing to have the key for their transactions in their hands. And, with the use of this technology extending to various sectors, bitcoin applications may increase too. Blockchain is a disruptive technology and bitcoin it’s application on the global economy.

Bitcoin has been the talk-of-the-town lately, with every mainstream media outlets sharing their understanding of how bitcoin really works. On average, the daily number of bitcoin transactions reaches up to 376,780.

The subsequent impact of bitcoin on the world cannot be accurately stated as of now because the currency has seen wild value fluctuations lately. A lot also depends on how the governments across the world decide to act on the current situation. If all works well, general quality of human life could improve because of bitcoins, and we might end up having a universal form of currency should the bitcoin result in the fall of the American Petrodollar. For those looking to invest in bitcoins, it is wise to be aware of all the risks that surround your investment, and thorough research is recommended. One thing is abundantly clear for all observers, that the concept of cryptocurrencies is surely a revolutionary one. The future is exciting, as we all wait in anticipation to learn the impact of bitcoin on the world.

In case, you have a good idea in starting up the new business or invest in Bitcoin just connect with 1st LG Credit.

Everybody is welcome to apply for the loan from 1st LG Credit. Our company main vision is giving best service to every customer. In past, we know as Lekshmi Moneylender then currently rename as 1st LG Credit Pte Ltd. Our company is one of the  Top Licensed Money lender in the town. 1st LG Credit licensed money lender starts giving loan since 1991. The operation hours are Monday to Friday 10AM – 7PM, Saturday 10AM – 5PM, Sunday 7AM – 6PM.